Rajasthan, the biggest territory of India, is a standout amongst the most prominent travel goals of India. Splashed in regal loftiness, the regal place where there is Rajasthan is known for its social extravagance, rich history and a ton of tourism choices. In northwestern Indian district, Rajasthan is spread over the brilliant sand of the Great Indian Desert-the main leave of the sub-landmass.

I have been twice to Rajasthan. And both were Road Trips!! What more I can dream off. One was before and one was after marriage. One was from Chandigarh-Delhi-Jaipur and another was from Chandigarh-Jaipur (from some inside roads with beautiful view of deserts and inner beauty of Rajasthan.) I am sharing some information of the places which I have seen and I hope it would help you in getting a great experience in your next trip.

This is the capital city of Rajasthan. It is otherwise called the ‘Pink City’ it is a separation of around 260 km from the capital of India. ‘The Pink City’ as it is prevalently known because every house of the city is painted pink and looks so awesome!

The capital of Rajasthan, Jaipur, was established in 1727AD by Sawai Jaisingh II. It is a quickly developing city which likewise appreciates an exceptionally rich social legacy. The city has got its name because of the pink veneer of the kinds of stones utilized as a part of the development of the greater part of the structures here.

Jaipur Bazaar has every one of the one is searching for. From the well known Rajasthani gems and jewellery to footwear and Rajisthani ethnic garments, all are promptly accessible. Jaipur is the place you ought not miss.

Getting bored at Jaipur is just out of question as there are a lot of activities in Jaipur for sightseers and in addition workmanship and culture fans. Jaipur is the seventh best place to be gone by in Asia. For vacationers, the real attractions in and around Jaipur city are the Hawa Mahal, Jaipur Zoo, City Palace, Jal Mahal, Jantar Mantar, Amer Fort, Jaigarh Fort, Nahargarh Fort, Birla Mandir, Sri Kali Temple, and the Sanganeri Gate and so for

This is one of the acclaimed visitor goals of Rajasthan. The place was under the Chauhans for a long stretch. Mohammed Ghori caught the city in 1193 AD. The Dargah of Hazrat Khwaja Moin Chisti is one of the better known milestones of Ajmer. 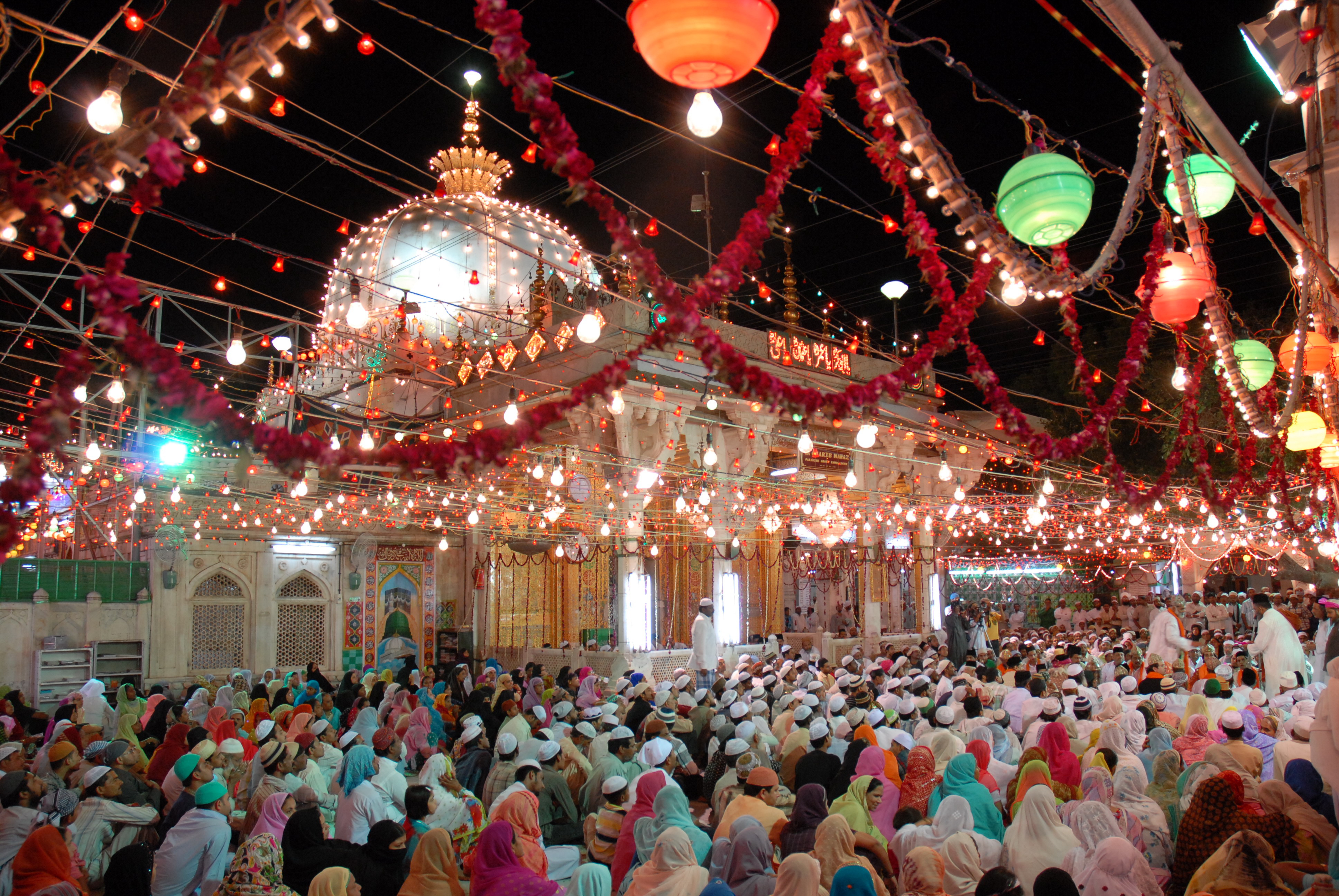 Ajmer is a heaven for shopaholics! The customary Rajasthani workmanship and culture show themselves into the things that are being sold in the city. Gold and silver Jewelry are the principle attractions in the shops of Ajmer.

Pushkar is one of the antiquated town of Rajasthan. It is only 11km far from the most adored blessed city of the two Hindus and Muslims, Ajmer.

As per a legend, Pushkar was made when Lord Brahma’s lotus bloom fell on Earth, to decide the setting for his Yagna. The lotus bloom fell on three better places in the locale, from where water turns out. Devout individuals from different parts of India, visits Pushkar, the main residence Universe’s maker, to have a blessed dunk in the Pushkar lake. 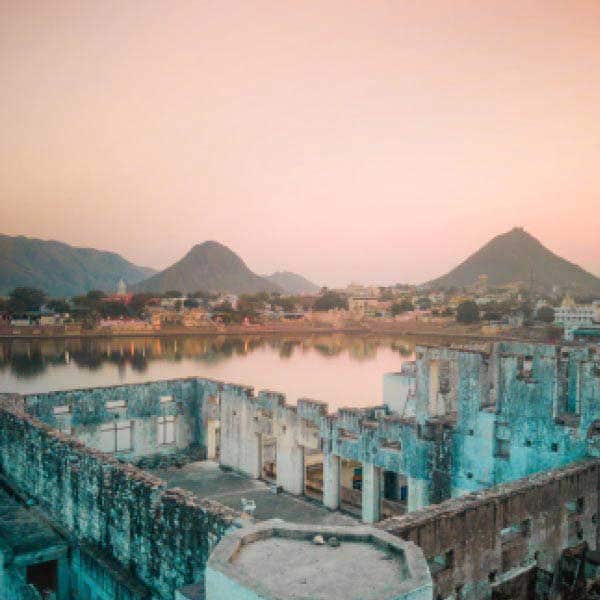 Pushkar is frequently depicted in the sacred writings as the main Brahma sanctuary on the planet, attributable to the scourge of Savitri, and as the “Lord of the holy places of the Hindus”. Although now the Pushkar sanctuary does not remain the main Brahma sanctuary, it is as yet one of not very many existing sanctuaries committed to Brahma in India and the most conspicuous one devoted to Brahma. International Business Times has distinguished Pushkar Lake and the Brahma sanctuary as one of the ten most religious places on the planet and one of the five sacrosanct journey places for the Hindus, in India. 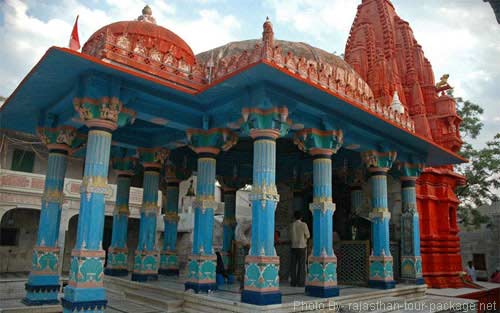 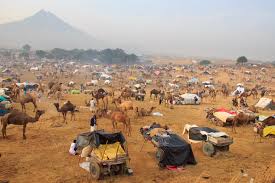 Visiting Chokhi Dani, Jaipur – Chokhi Dani is an outstanding place to visit in Jaipur. With 31 town hovels and 34 official cabins, this lodging is situated a long way from the hustle of the primary city. The Chokhi Dani presented India’s first water disco on its premises. Situated on the Jaipur Tank roadway, it has 73 suites taking all things together. A portion of the comforts at this lodging incorporate, Bar, Laundry benefit, Snooker Rooms and the sky is the limit from there. 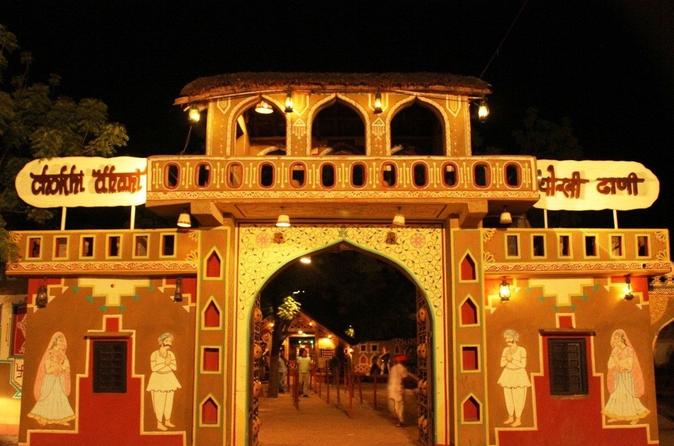 In this way, on the off chance that you too have chosen to movement in Rajasthan India, welcome! Visit Rajasthan India and investigate this energetic and beautiful state. Appreciate boundless tourism alternatives and offer recollections of Rajasthan visits with you relatives and companions.

I am left with few places and more cities in Rajasthan to see, and I am sure I am having a new family travel plan. And do tell me how was your trip to Rajasthan, If not yet then when are you planning your new one?

Note- *This article is written as a part of #instacuppa and #SuperBloggerChallenge2018 conducted by Healthwealthbridge.com ,Fashionablefoodz.com, Allaboutthewoman.com and should not be repurposed, republished or used otherwise. The content herein is owned by the blogger. SuperBloggerChallenge2018 is not responsible for any kind of infringement caused

EFFECTS OF SOCIAL MEDIA ON TRAVEL

My First Time Experience in Kashmir

6 thoughts on “RAJASTHAN – Admiring one”

This error message is only visible to WordPress admins

Please go to the Instagram Feed settings page to create a feed.